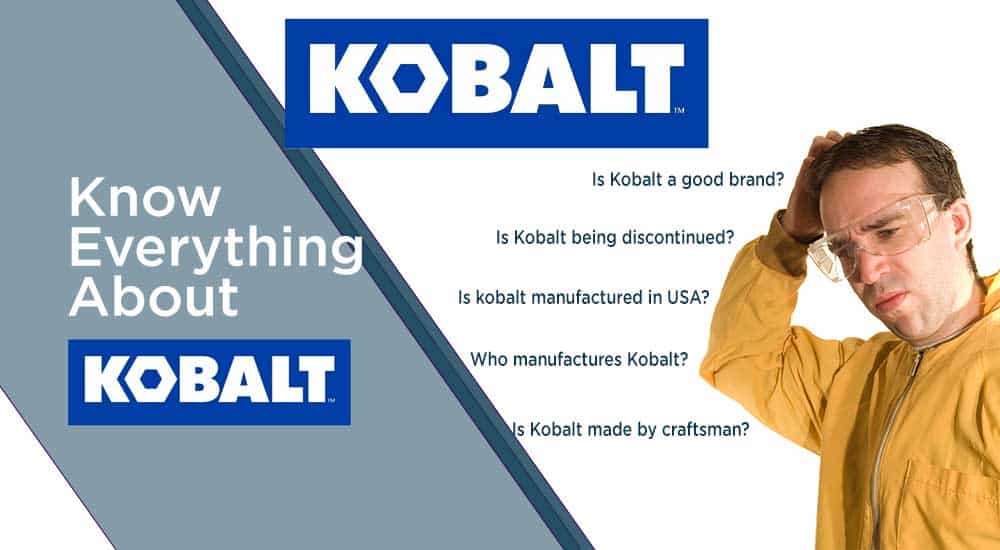 As an Amazon Associate I earn from qualifying purchases.

If you ask me, is Kobalt a good brand? My answer would be yes, they are. Especially I love their 24V brushless tools. Kobalt’s main benefits are that they come at an affordable price, and nowadays, many professionals love their cordless tools.

It started with the top performance of their Kobalt 24V brushless tools, and after that product, every product became popular and well performed. Also, the batteries were at a low price, and it was a great deal to people.

Is Kobalt manufactured in USA?

Is Kobalt being discontinued?

Some controversies may have heard that Kobalt is going out of business or will not change the defective products that those they have already sold.

In that time, it may be heartbroken or a scary thing that in future, you won’t get the warranty of those products because they are going out of business! I clarify to you that they will not discontinue; rather they are expanding their top-rated Kobalt line-up tools.

Lowe’s isn’t getting rid of Kobalt; they’re doubling down. They’re expanding the cordless and bench-top lines yeah they might be moving out some hand tools, and overall the lines will grow.

They’re going to produce more and more 24V tools expanding the lines, and there are also going to be offering more bench-top tools as well corded and cordless power tools.

Here is their official twitte on discounting.

Where is Kobalt manufactured?

Since 1998, Kobalt tools have many manufactures. But among them, the main and the oldest manufacturers place is the USA.

JS Tools currently make Kobalt products out of Las Vegas, Nevada. But they outsource from China and Taiwan.

Kobalt and its product’s

Kobalt comes with a vast number of tools list. Here I mention some of their well-known tools list.

Is Kobalt made by craftsman?

No, Kobalt is not made by a Craftsman. Actually, Kobalt and Craftsman are two different popular brands. But among them, Kobalt is the younger brand.

Is Kobalt made by Snap-on?

Is Kobalt made by DeWalt?

Kobalt is not made by DeWalt, rather both are different companies. Dewalt comes with a high price and a good warranty, and on the other hand, Kobalt comes at an affordable price, and all the basic works can be done by it.

How does Kobalt compare to DeWalt?

Kobalt and Dewalt are two different brands. If you compare both of the brands, then better performance and better warranties come Dewalt than Kobalt.

Does Kobalt discount us?

Discount is a happy word. Everyone love to hear the word. Whenever people find a product discounted, people try to buy it at any cost for their necessity.

Sometimes Kobalt gives discounts because whenever Kobalt thinks that their product is overpriced and the regular customers or the middle-class customers can’t afford it for their daily usage, they give discounts on their products.

Another typical reason is that to survive by doing a competition with the rest of the brands, the discount is more like a business strategy, and that’s why the Kobalt Company sometimes gives discounts.

So far, all the things we have discussed above, we suggest that if you are looking for a budget-killer product in case of doing basic works, we suggest picking Kobalt. But if you have enough money and want a premium product with a good warranty, pick Dewalt without any hesitation or thinking twice.

I’m Brian G. Hicks. I’m a woodworker, and I like to improvise DIY projects for fun. I have been playing with wood and tools for several years now, and I love my job. Every time I do something creative, I feel proud and feel something special.

In this blog, I try to post regularly. Every day we learn something new by doing the job we love and passion—That’s why I try to write about important issues around the advantages of tools, DIY projects, quality materials and give some honest reviews on tools and other kinds of stuff. I hope you enjoy our blog!